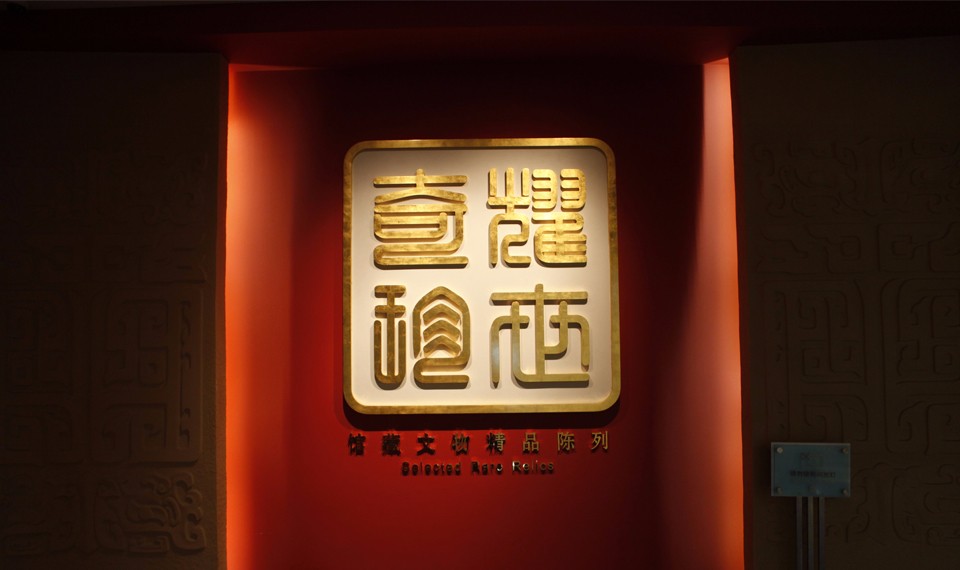 展厅面积840平米，共展出馆藏古代青铜器、玉器、书画、瓷器、工艺等类别文物中最具代表性的艺术珍品63件套，通过对每一件珍品文物的深度诠释，凸显中华文明的悠久醇厚，更让观众从中真实感受古代中国人高度的艺术想象力和创造力以及天津深厚的文物集藏传统。
Selected Rare Relics Collected By Tianjin Museum （耀世奇珍——馆藏文物精品陈列）
A gate to the imperial capital city, with its being located along the strategically important Haihe River Valley, Tianjin had retained fast-growing grain and salt transportation trades ever since the Yuan Dynasty, with the increasingly prospering of its urban economy. Evolved out of this economic growth was a practice that had been faithfully followed by all later generations: a fondness of collecting cultural and historical relics. Tianjin, as one of the earliest-opened cities, had well developed its commerce, gathered lots of rich businessmen and celebrities since the modern times, when the fashion of collecting cultural relics flourished much better than before. As a result of social unrest and frequent wars plaguing the late Qing Dynasty and the Republic of China periods, Tianjin naturally became the idealest shelter to the royal families, retired warlords, and celebrities from all social circles. Along with the immigration of these people of eminence was an influx into the city of a staggering number of what are considered the most exquisite treasures housed in the places of the Qing Dynasty. This thus made it possible for Tianjin to become distinguished in fine rare relics gathering and studies.

On display here are the best representatives of the cultural relics housed in Tianjin Museum. Whether they were left from the late Qing Dynasty or handed down from one generation to the next generation, they are all remarkable to represent the artistic creativity and the imagination of the Chinese people, especially containing a lot of information of Tianjin’s history and culture.